Mrs. Okuyama, a.k.a. "Okuyan" from the Okinawa NGO Center, attended the workshop to understand immigrants.

In the photographic language of the first half of the workshop, the participants looked at the photos of the "First Immigrants of the Prefecture" distributed to the groups and wrote down what they could understand and imagine from them. Three participants from outside the prefecture and three from outside the island also participated online and worked hard until the presentation. 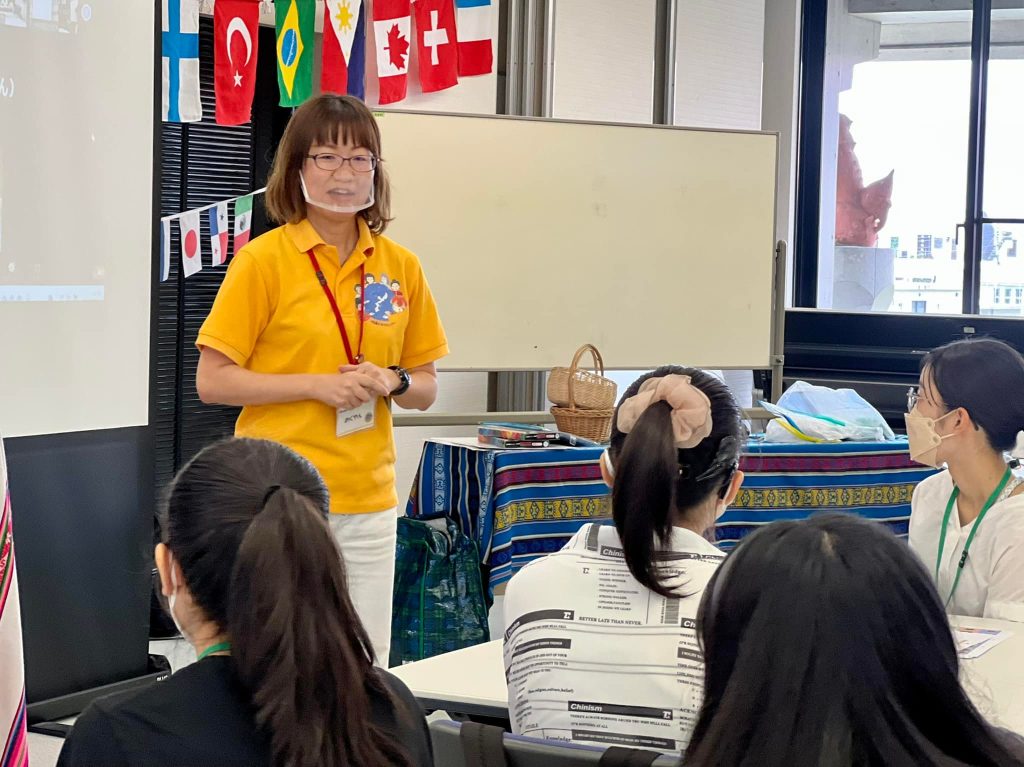 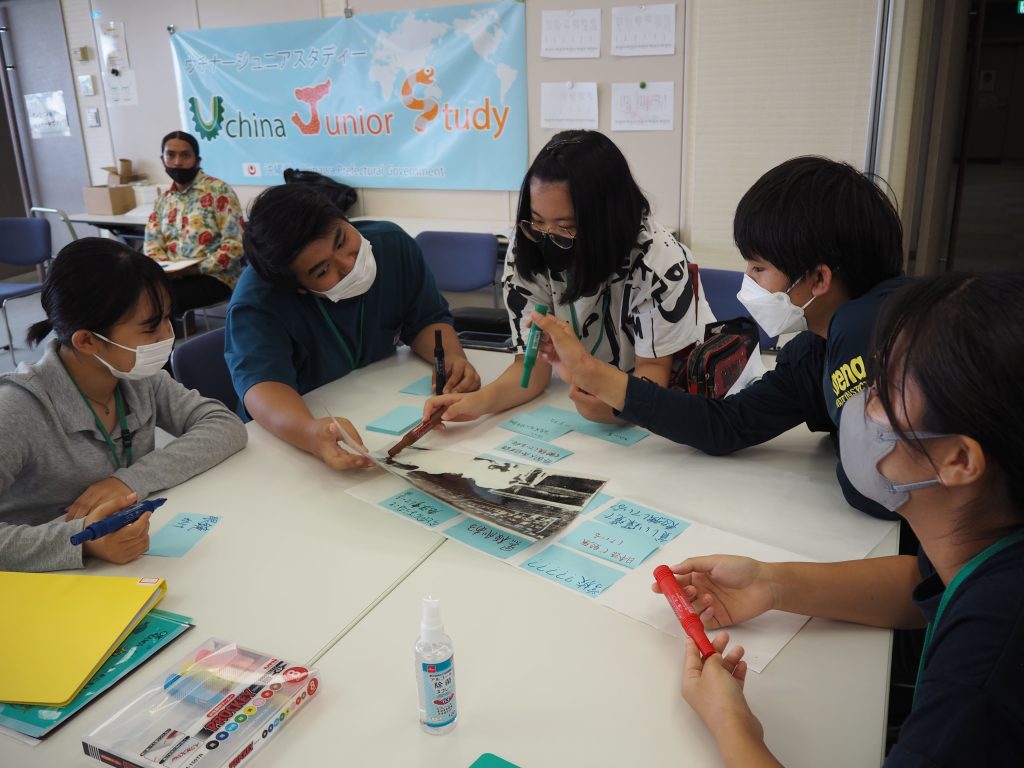 I had vaguely thought that the immigration-related culture was a good thing about Okinawa, as it was an opportunity to connect Okinawa with the rest of the world. However, behind the scenes of the birth of this culture, I have realized once again that the people who immigrated in the past had a very hard time in terms of language and labor. I would like to learn more about the thoughts of the former immigrants and rediscover the interesting parts of Okinawa. 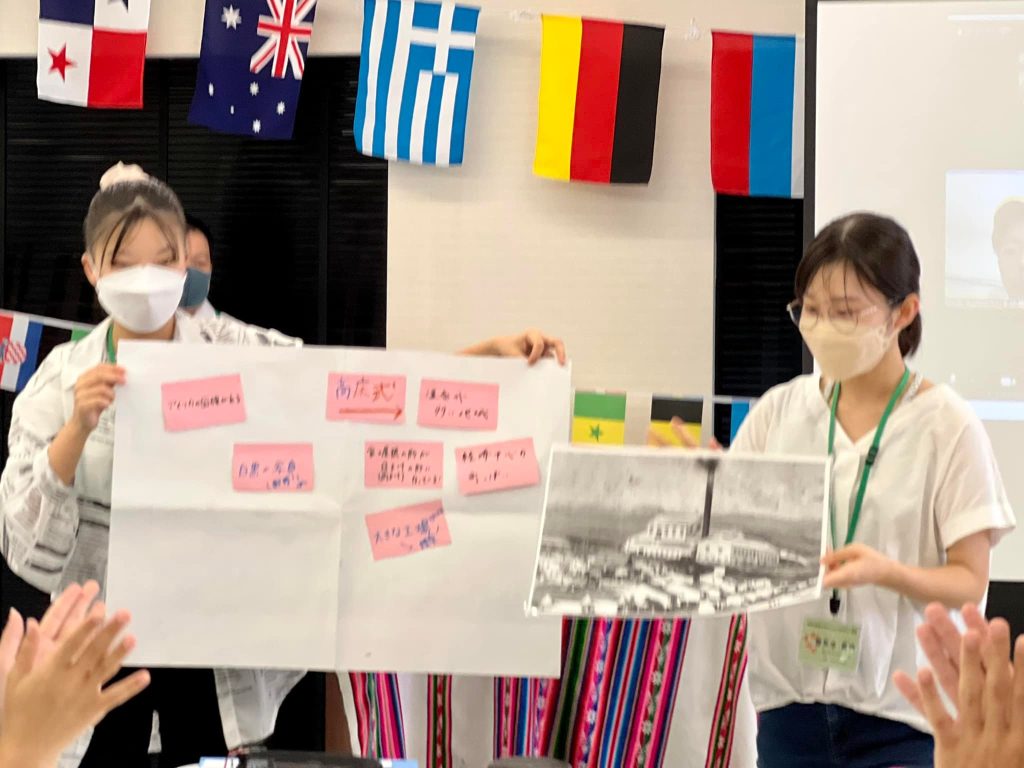 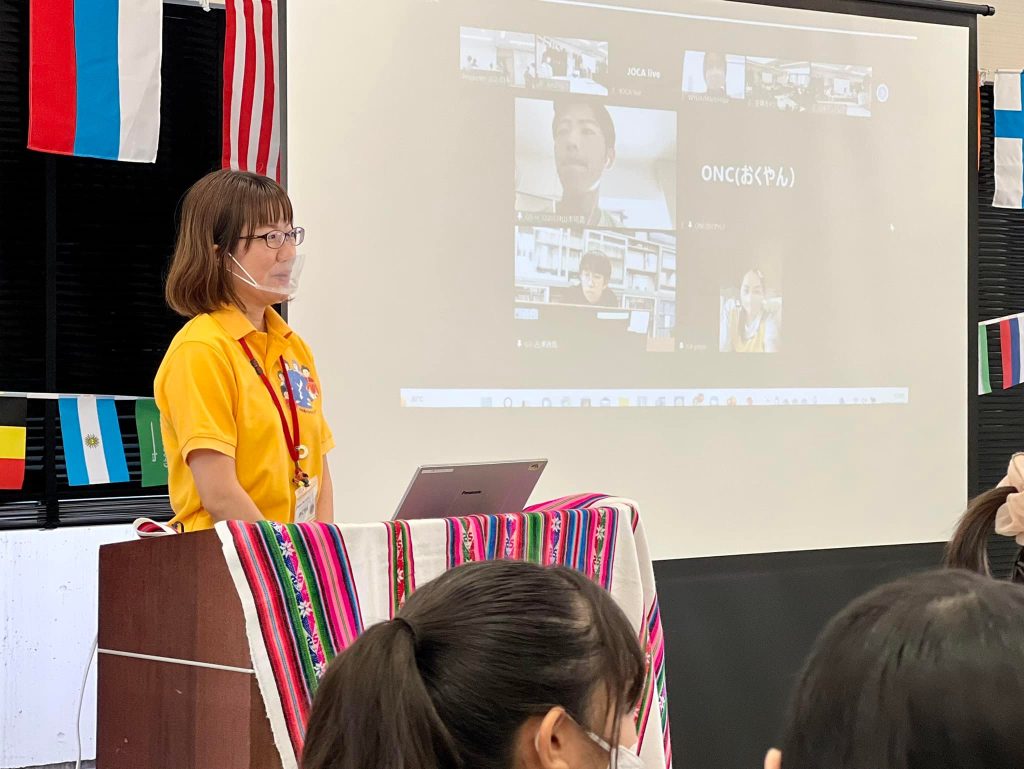 Then we played a shopping game.
Participants purchase items assuming they are shopping in a land where they do not speak the language of the immigrant's destination.
Regardless of immigration, shopping in a foreign country can be challenging, but some of the participants were high school students who could speak Spanish, which was a seamless aspect of the shopping experience.
Most of the group tried to communicate through gestures and in English (which the shopkeepers did not understand), but some were confused with their heads in their hands.
As a real snack, we prepared Argentine alfajores and actually tasted them. 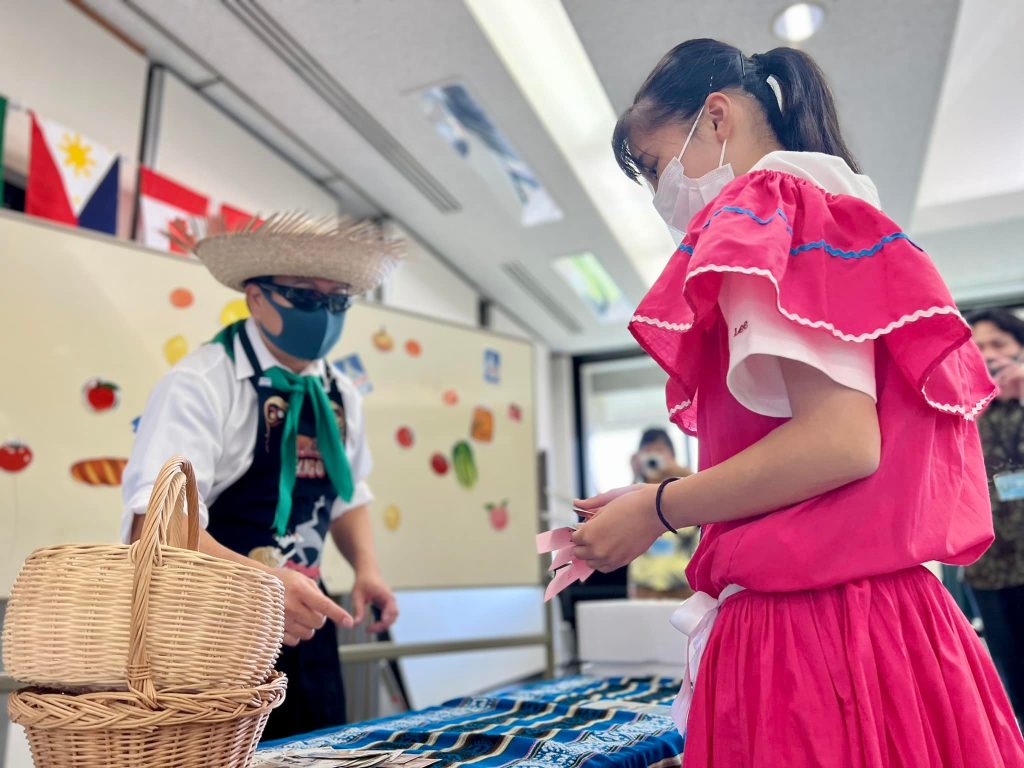 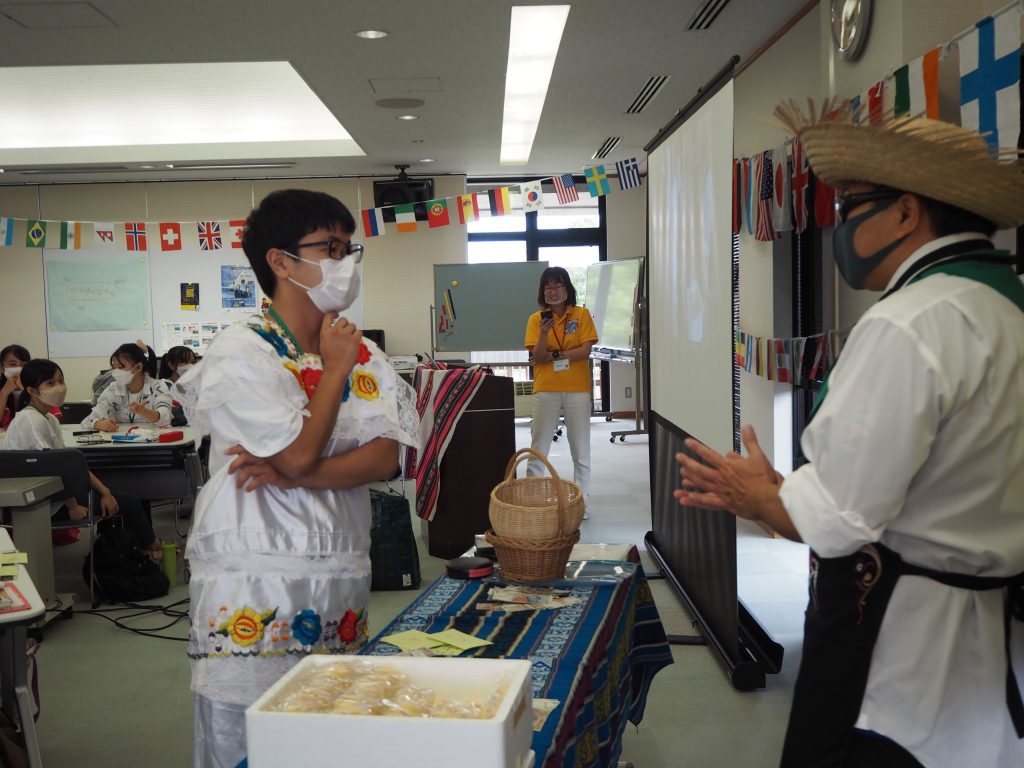 In the shopping game, we thought about how immigrants abroad were able to convey their thoughts and what they were looking for in a different world and in an environment where they did not speak the language. We realized that gestures are important no matter what country you go to, and that it is important to judge the situation around you and act flexibly.
The members here also became aware of these things, and I felt that my perspective on going abroad changed once again. I felt that my thoughts changed a lot.

The second half is an interacting event with the tutors.
In a World Café format, we will hear from a tutor responsible for interpreting job. 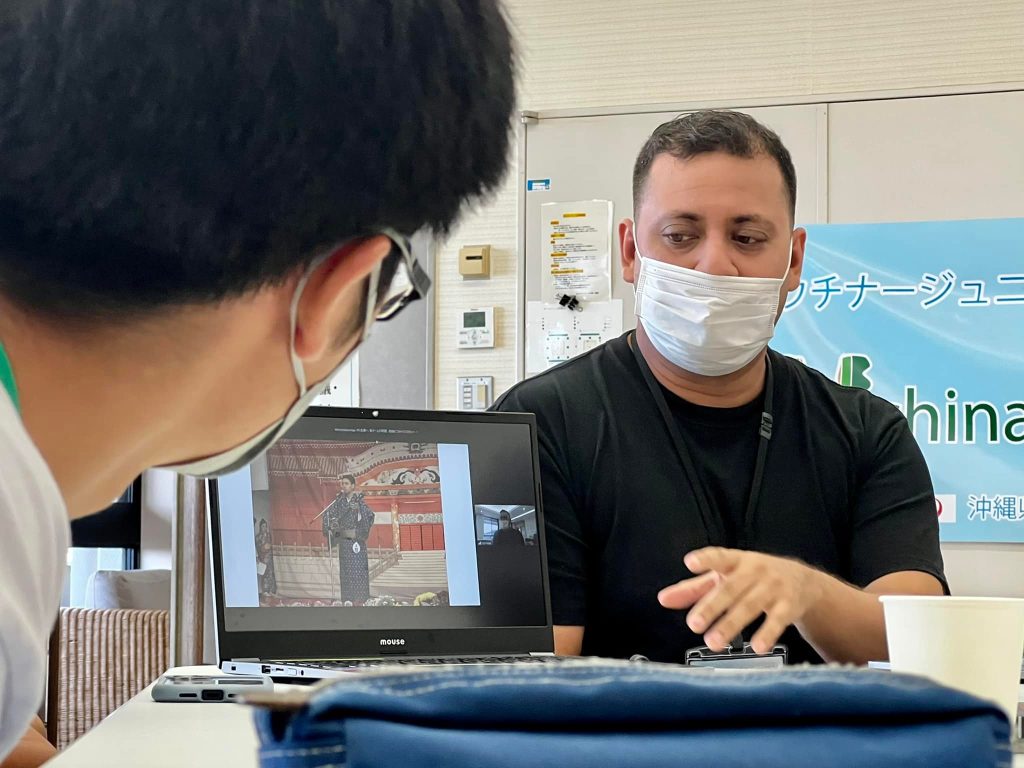 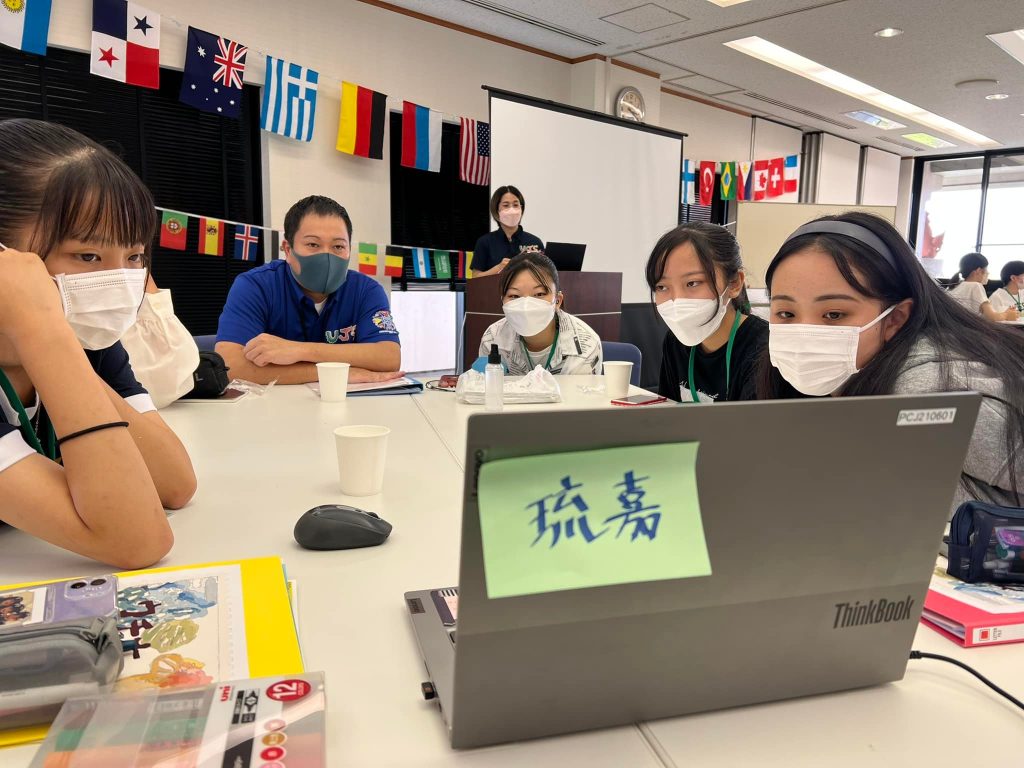 Listening to Mr. Akira and Mr. Andres, I thought that the Uchinanchu overseas probably know more about Okinawa than I do living in Okinawa. Despite being far away, they said they feel Okianwa is their hometown because of the similarities in uchina time, nature, etc. It made me feel we are connecting a lot. I want to learn and communicate about Okinawa, not to be outdone by the Uchinanchu of the world.

Throughout the first and second programs, we have reflected on the history of the Okinawan immigrants and considered their struggles and hardships, their life stories and their feelings toward Okinawa (their homeland).
In future programs, participants will consider and implement "My actions" for Uchinanchu in Okinawa and around the world.